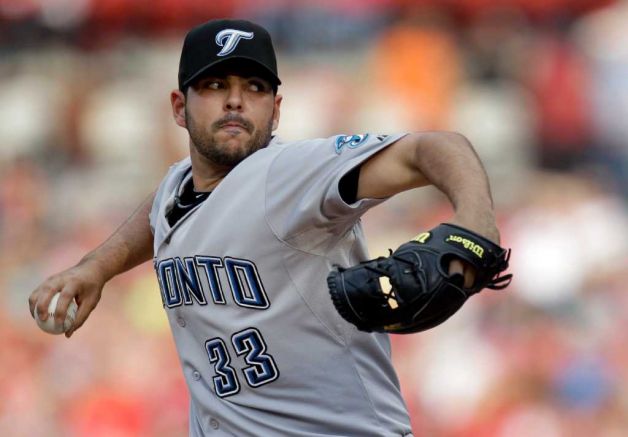 Carlos Villanueva is feeling right at home in the Blue Jays starting rotation.

With recent residents Brett Cecil and Jesse Litcsh away, one month sublet of a back-end space may turn into a season-long lease for Villanueva.

Since Kyle Drabek left town, Villanueva has moved into accommodation at place #4.

He’s comfortable in the neighbourhood. He likes his new home. He’s putting up curtains.

Ghostrunner on First offers a thorough introduction and facial hair and statistical analysis of our new kid on the starting block.

Villanueva improved to 5-1, allowing two runs over six innings last night. He struck out three and walked one, his ERA down to 3.15.

The swing-man, who started the season out of the bullpen, will make it difficult for former rotation residents Litsch and Cecil to move back in.

If Kyle Drabek finds the form shown in April and May, finding spaces in the starting rotation gets more complicated.

The landlord and general manager have much to discuss this summer.

For now, Villanueva has found his home sweet home.